CULVERTS, DITCHES AND RIVERS
IN THE CITY’S UNDERGROUND 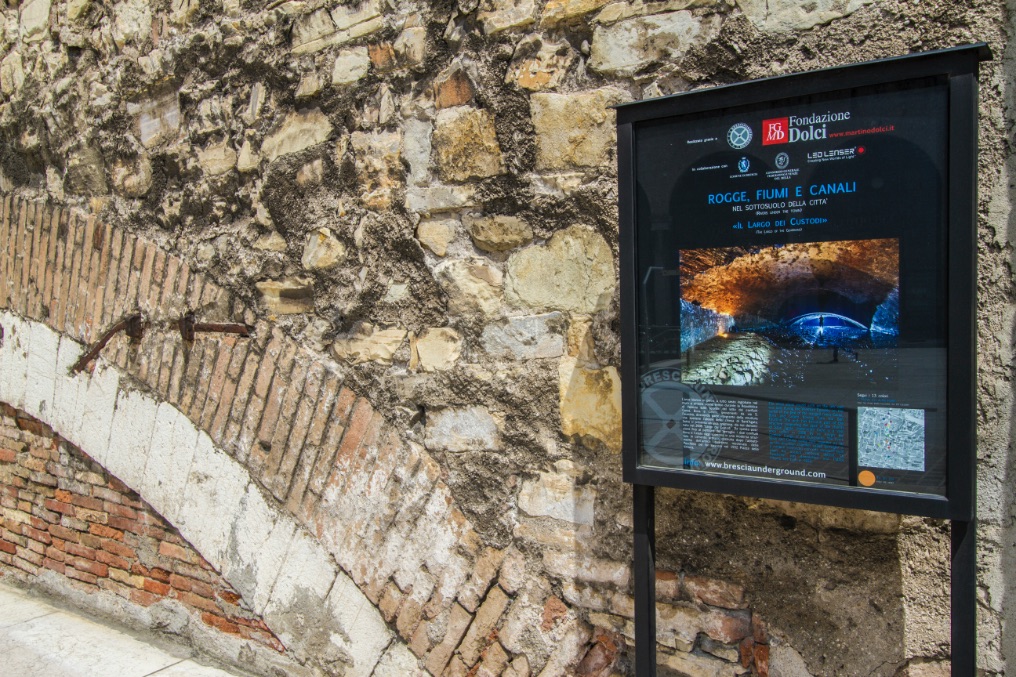 Based on Brescia Underground’s idea, october 2009.

Brescia Underground association decided to install 13 totems in the main streets of the city center. The totems are a tangible evidence of the great number of water flows wich are mostly concealed under the buildings, squares and monuments of the downtown area. For centuries, streams, underground passages and millraces traced the path and the changes of the city and, during preindustrial era, they enhanced our ancestor’s life and economy.

The 13 totems are located:

Based on Brescia Underground’s idea, july 2013.

The Brescia Underground association had the one of a kind privilege to replace a pre-existent manhole cover with a new one made of tempered glass. This change was made to allow pedestrians to observe the flow of ancient rivers silently running where one couldn’t even imagine. The aim of association is to disclose a treasure of culture, history and interest and to show it up to the city of Brescia. During the middle ages, the leading force of the town was considered to be water. Today, the glass bring back to life the historic location of the Garza river, flowing through by Bova and Celato streams. At the very heart of the old city, where once mills and the first smart shop developed, today here’s a memory, a romantic tasting breach catching sight of the underground. This “urban eye” will allow both Brescia’s citizens and the tourists to overlook the story and remember a time when streams were completely unveiled.

Today, during the underground tour, our glass manhole has also become a fun and different way of interacting from below to above with the cheerful and surprised pedestrians, and vice versa.

A GLASS MANHOLE ON THE GARZA RIVER,
TODAY BOVA AND CELATO RIVERS
Via S. Faustino 1B – 25122 Brescia 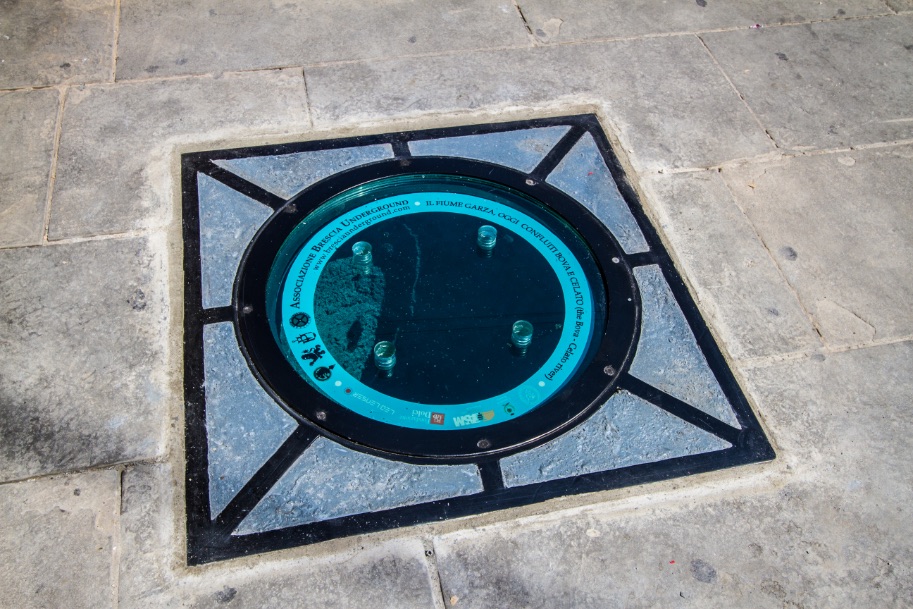